Charleston is without a doubt one of the prettiest towns I have ever seen. My couchsurfing host was very nice and said I could stay for a couple of weeks which was wonderful.

I walked around the downtown area with my mouth open, street after street of the most regal, beautiful homes I have ever seen, repeating OMG every few seconds. People must have thought I was a crazy person. I could not possibly do it justice by describing it. But one thing is for sure, this should be in everyone’s bucket list. It was a little overwhelming to be surrounded by so much loveliness and I loved Charleston. It was a pleasure to be able to spend so much time here. I have never seen so many squirrels. I look out of the window and I can see 2 or 3 at a time. I suppose that with so many acorns, this is squirrel paradise.

Sightseeing is tricky in that none of the mansions are free, in fact, there are no free activities so attempting to see everything can be a problem for your wallet!

The Rhett Aiken House was totally dilapidated and an example of what an unrenovated mansion with a minimum of updates throughout the years looks like. The family who owned it lived in it until quite recently and as much as one could see this would have been a grand house in its hay day, it was hard to contemplate living in such squalor. On the other hand, the Nathaniel Russell House shows a perfectly renovated house furnished with period furniture. It boasts an impressive staircase that looks suspended. The two mansions were a great way to see the before and after.

The Calhoun Mansion is in a category of its own and the tackiest place I have ever seen. It is the house of an antique collector who still lives on the premises and decided to open his house to the public. It was awful, it looked like a hoarder’s house. Crammed, gaudy and in the worst taste. The tour guide spoke really fast as though reciting a memorised script and after a while it was hard to keep up with what he was saying. I winced at the stuffed animal heads up the stairs but worse was to come in the room containing a collection of 6 elephant’s feet stools. I left as soon as I could make my escape. Really awful. 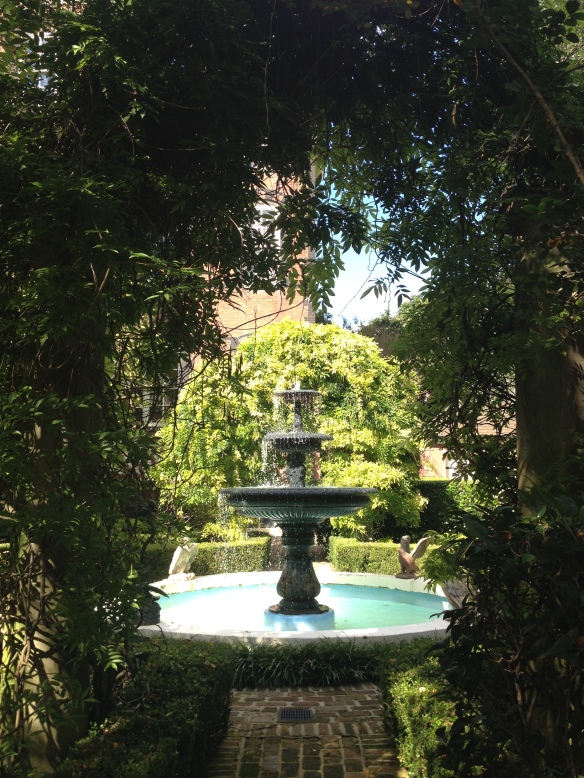 The Boone Hall Plantation and Gardens is the perfect place to spend an afternoon and the lovely gardens and house that provide a glimpse of what it must have been like in another time. The guides dressed in period costume were a fun touch. 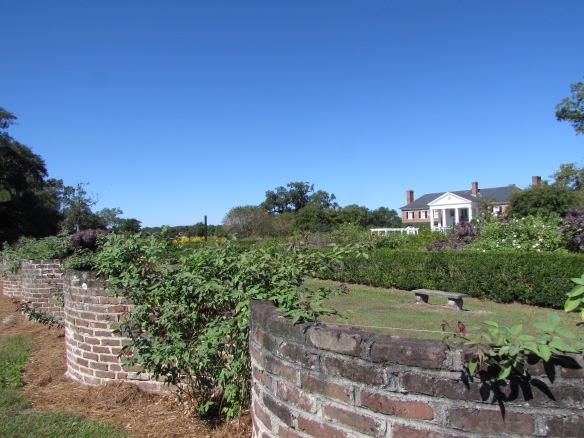 All in all a fabulous stay in a perfect setting.

1 thought on “Charleston, A Town Fit for a King”